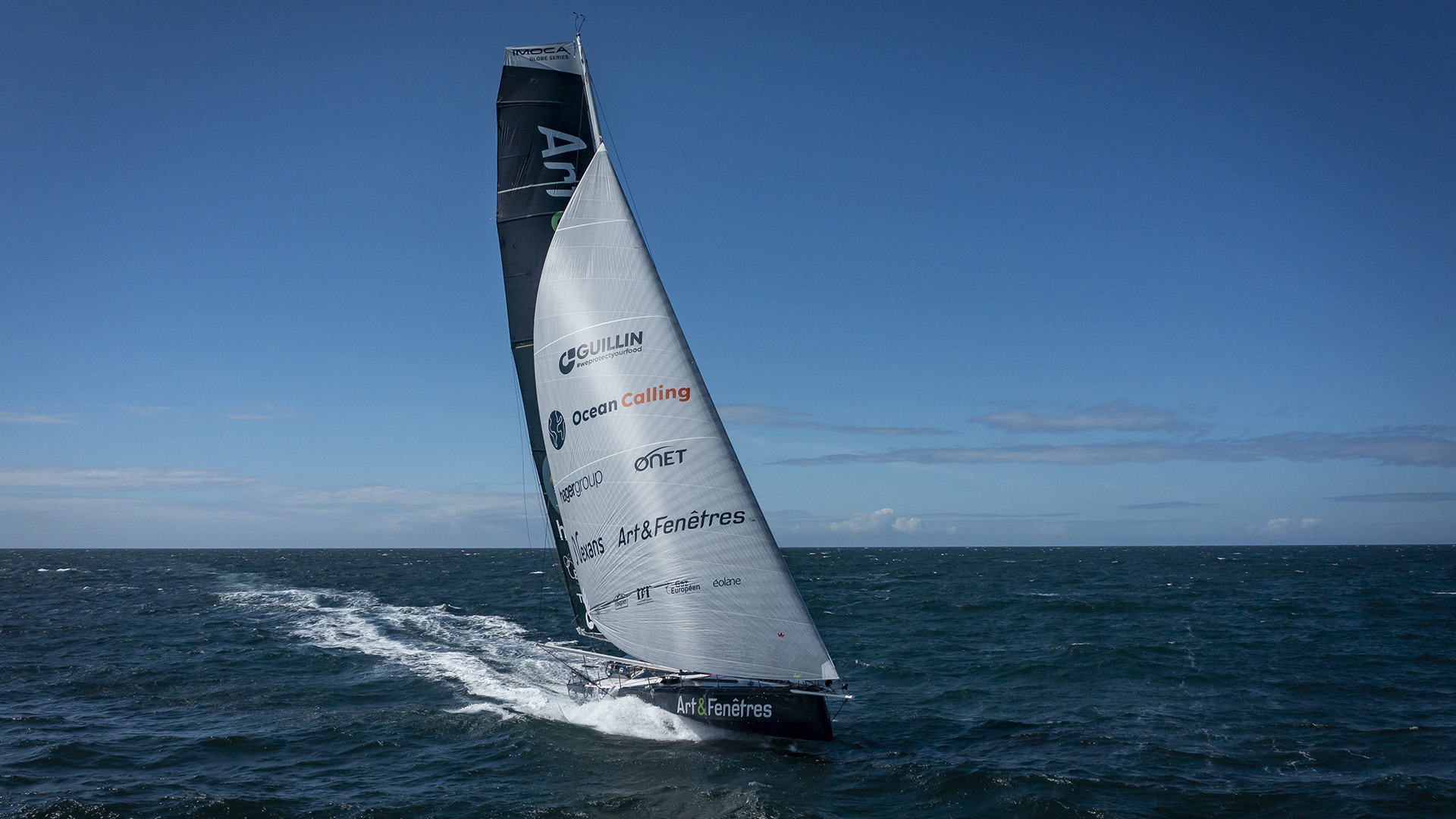 It has been four years, but it is soon time to set sails for a new edition of the legendary Route du Rhum. Elvstrøm Sails is represented with a world first - Fabrice Amedeo is going to skipper Nexans - Art & Fenêtres across the Atlantic using the first ever IMOCA sail made partially from recycled plastics.

Powered by Elvstrøm Sails, Nexans - Art & Fenêtres is on the start line with skipper Fabrice Amedeo for the 2022 Route du Rhum - using an experimental sail. When the race starts on November 6th Fabrice Amedeo is going to set sails for the IMOCA class race using a World's first - the new sail developed by Elvstrøm Sails is the first ever sail for an IMOCA class boat made - in part - using recycled materials.

Get a look on the inside of the IMOCA with Fabrice Amedeo here - click the CC button for subtitles!

One race every 4th year

The 2022 Route du Rhum is the 12th edition of the race, which is held every 4th year, crossing the Atlantic Ocean. This year's edition starts in Saint-Malo, France, on the 6th of November and heads for the finish line in Pointe-à-Pitre, Guadeloupe. The event has been held since 1978, and this year, it attracts a record number of 138 sailors and six classes of boats - IMOCA, Class40, Ocean Fifty, Rhum Mono, Rhum Multi and Ultim 32/33.

- I am really very happy and proud of this project. It reinforces the consistency of all the causes supported by the Ocean Calling endowment fund: measuring ocean pollution for three years during races thanks to my partner Onet, raising awareness among younger generations about the preservation of the oceans, organizing collections of waste on the beaches and henceforth highlighting the necessary recycling of waste on land to avoid pollution at sea, Fabien Amedeo says about his venture into the Route du Rhum this year.

And being a Code sail, this particular sail is created especially for bearing a high pace in the sustained wind across the Atlantic - optimizing the all-important average speed which makes all the difference no matter what class one contests in the Route du Rhum.

Fabrice Amedeos entry in the Route du Rhum is not only related to racing. A core part of his project is oceanographic, and his IMOCA has been recording oceanographic data since an advanced sensor system was installed on the monohull in 2019. Since then, he has used the IMOCA to record data from the water, as the sensors can record a number of parametres - for instance on the transatlantic crossing.

These parametres include mapping the ocean temperatures and the CO2 content, while a second system of filters is installed to catch microplastics. This means that the race also becomes an opportunity to map the microplastics pollution in collaboration with the University of Bordeaux and a number of laboratories. These will all map and study the results after the race.

Along with the actions from Fabrice Amedeo, the Elvstrøm Sails EKKO option is also part of a partnership against ocean plastics. Elvstrøm Sails support the ReSea Project and Plastic Change. Two partnerships which tap into what our common vision is - to reduce the environmental impact of ocean racing.