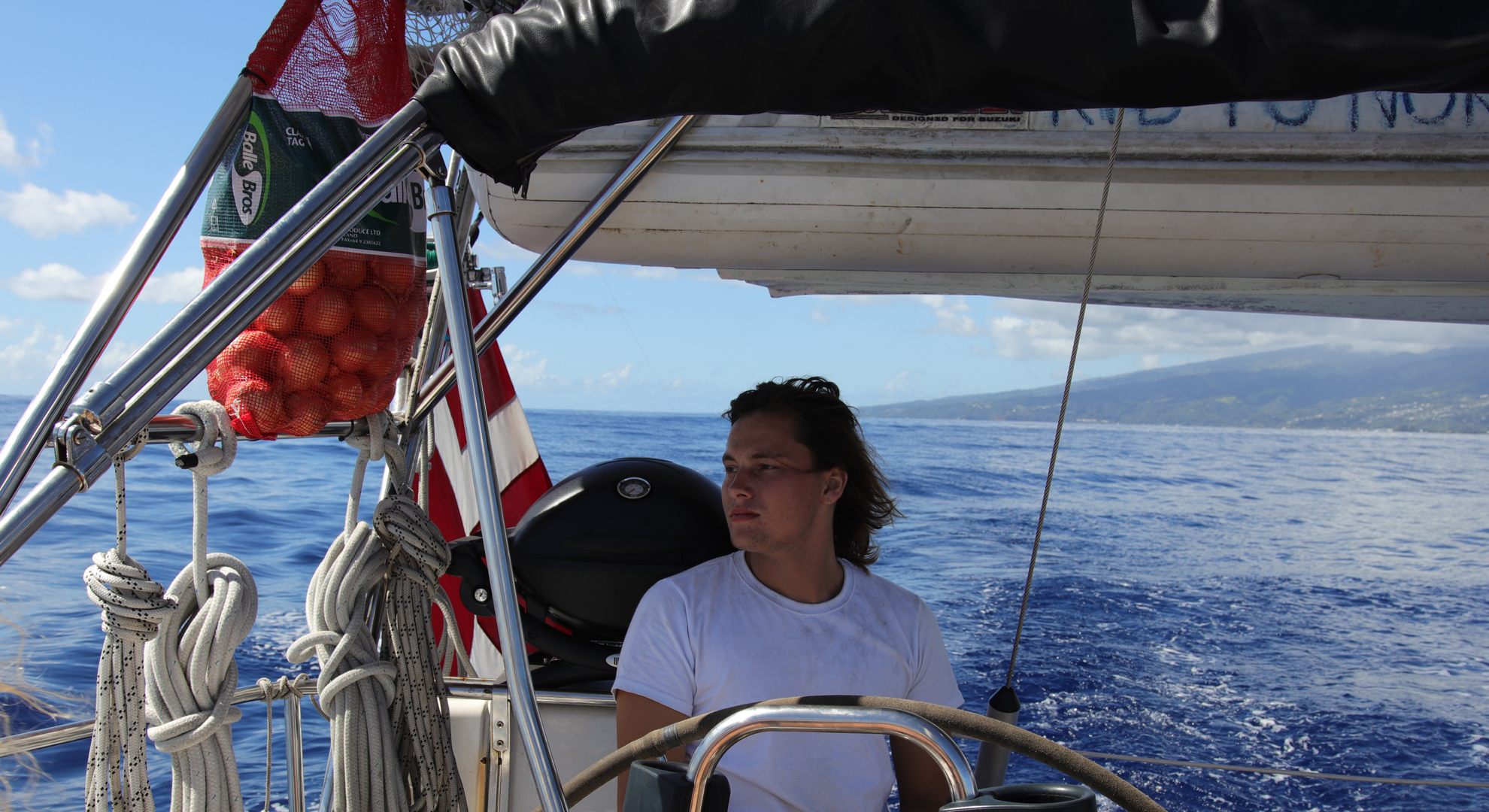 At the age of 16, Danish Jannick Siebert announced that he would do a circumnavigation after graduating from Gymnasium (High School). Now he is half way around in his Bavaria 47. Jannick is now 22 years and must be one of the youngest skippers out there to do so! Courageous and curios and determined to pursue a dream!

“Between here, which at the moment is New Caledonia, and home there are still so many places to see and explore. I still have 20 countries to visit and in the range of 20.000 miles to sail, before I am ready to head home. Originally, the plan was a circumnavigation of 3 years, but it´s going to be 4, at least. I discover so many remote places, that I haven’t seen on the map. Have you for instance ever heard about Micronesia?”

Jannick has always loved sailing. “I started dinghy sailing at the age of 7 until I grew out of the boat. From there on I threw my passion on keelboats. Used savings from my confirmation for a small keelboat for racing, but soon I got the hang of cruising. When I turned 16, I announced that I was going to do a circumnavigation right after “gymnasium” (high-school) and once I had saved up enough money to do so.

4 years later the boat was in place. “My mother gave me a financial helping hand at the time of my departure allowing for me to keep some of my savings for the adventure itself. Watching the horizon and being able to decide on your own where to go, is a dream come through.”

Jannick's dream boat is called Nordlyset, a Bavaria 47, Elvstrøm Sails powered, of course. Fair wind to Jannick and his crew!

Dive in with Jannick