The Silver Surfer - an amazing art project painted on sails 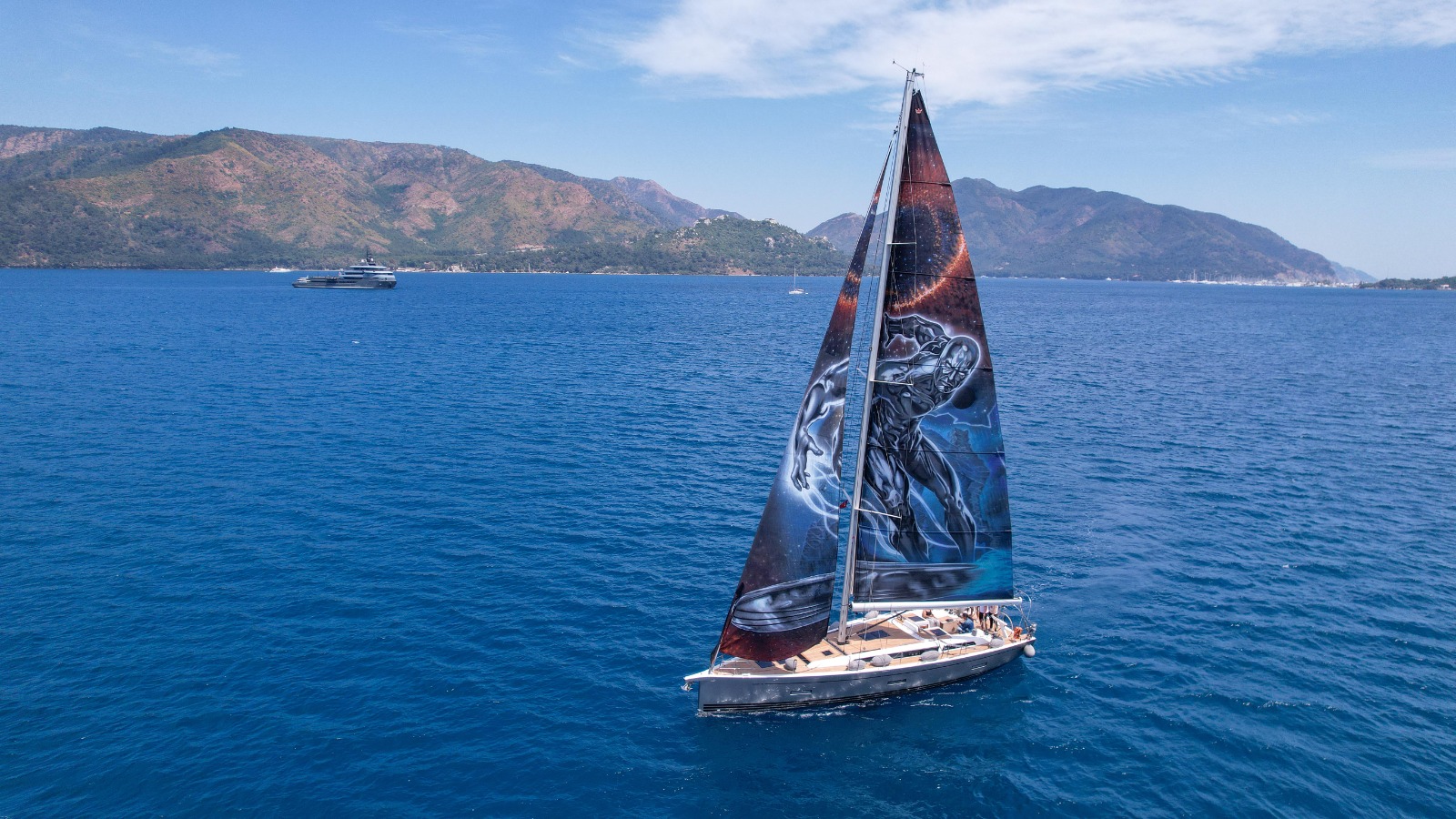 What does a superhero and a big yacht have in common? Not a lot, but airbrush artist Evrim Duyar took up the challenge when a customer from Turkey wanted a fully customized look for his X-Yacht X4-9, Shima. And here is the end result - inspired by a universe of superheroes.

The yacht hails from Marmaris, Turkey and the inspiration for the special handmade paint job came from the owner itself. Şeref Özsoy from Elvstrøm Sails Turkey explains:

“The yacht owner has been into professional windsurfing and wavesurfing for years, so that triggered him to put his favorite superhero into action here. We met Evrim Duyar, and it became this beautiful piece centered by the Marvel character Silver Surfer, Şeref Özsoy says. 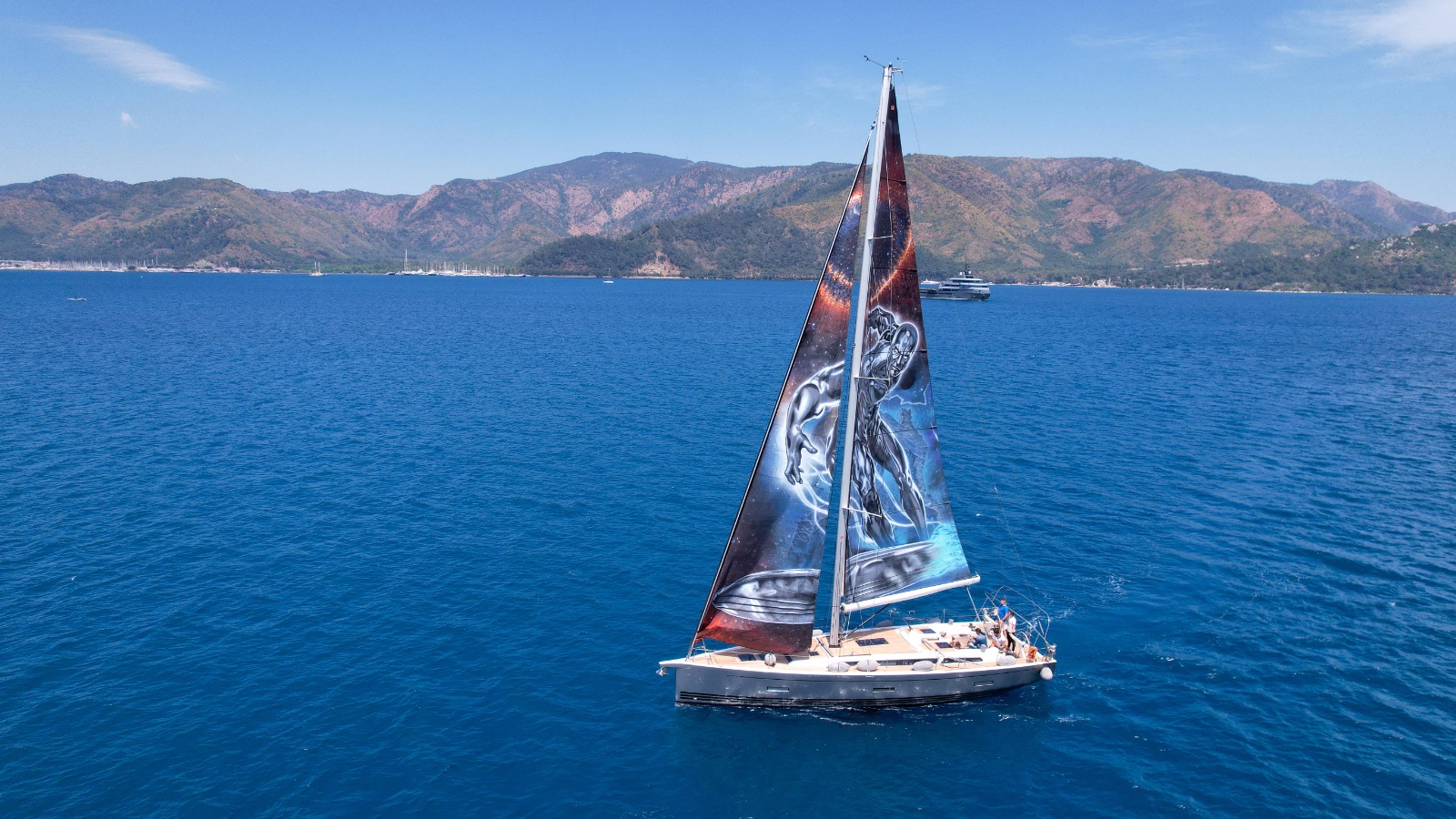 From a wild idea to reality

The combination of a wild idea and a super-talented artist then became reality. Evrim Duyar does custom airbrushed pieces on just about anything – from sails to cars, bikes, trucks and much more. Have a look at Instagram @evrim_duyar to see more of her stunning work!

For Evrim, this was not the first set of sails to meet the airbrush. She has previously painted pieces for other boat owners - but this job was a special one, she admits.
"Painting sails is a very special job for us. They look like a giant canvas floating across the sea and obviously, it's a huge object to paint a sail, which is a big challenge in itself. I hope we will get more of these projects around Europe soon - it is a very different task when you're usually painting buses, planes, trucks and so on."

The Elvstrøm sails were painted using a series of special textile dyes, which ensures the artwork stays where it is. The entire project took around six weeks to do for Evrim and her assistant to paint.