Despite the fact that Paul Elvstrøm retired from Olympic sailing more than 20 years ago after the Olympic Games in 1988, today he still remains one of the most successful sailors in Olympic history ever and remains one of the world's greatest sports personalities.

The impressive story of Paul Elvstrøm started in 1948 when, aged 20, he won an Olympic Gold medal in the Firefly dinghy class. The Finn was introduced shortly after and Elvstrøm continued his Olympic dominance with three further gold medals at the Olympic Games in Helsinki in 1952, Melbourne in 1956, and Rome in 1960.

Paul Elvstrøm's four consecutive Olympic Gold medals today still remains a record in international yachting, and he is now one of only few Olympic athletes across all sports to win four Olympic Gold medals in a row. After the 1960 Olympics, he participated in a further four Olympics, narrowly missing out on a medal in the Star class in Acapulco in 1968. Sailing with his youngest daughter Trine, the Elvstrøm's finished fourth at the Los Angeles Olympics in 1984.

Paul Elvstrøm is still the only sailor in the world to have won sailing world championships in seven different boat classes (the 505, Snipe, Finn, Flying Dutchman, Star, Soling and Half ton). In all, he has won a total of 13 world championships.

In addition to his sailing accolades, Paul Elvstrøm also made a significant impact on the world of sailing off the water including his invention of the self-bailing bailer, and the original Elvstrøm-swim vest. He has also contributed to several books on the rules of racing.

The foundation of the company

In 1954, Elvstrøm established his own business - Elvström Dinghy Sails. He designed the distinctive red crown logo himself, which today remains the hallmark logo of the company.

Today, the company is called Elvstrøm Sails and has evolved into Europe's largest sail loft. The distinctive crown logo is still stamped onto every Elvstrøm sail product. 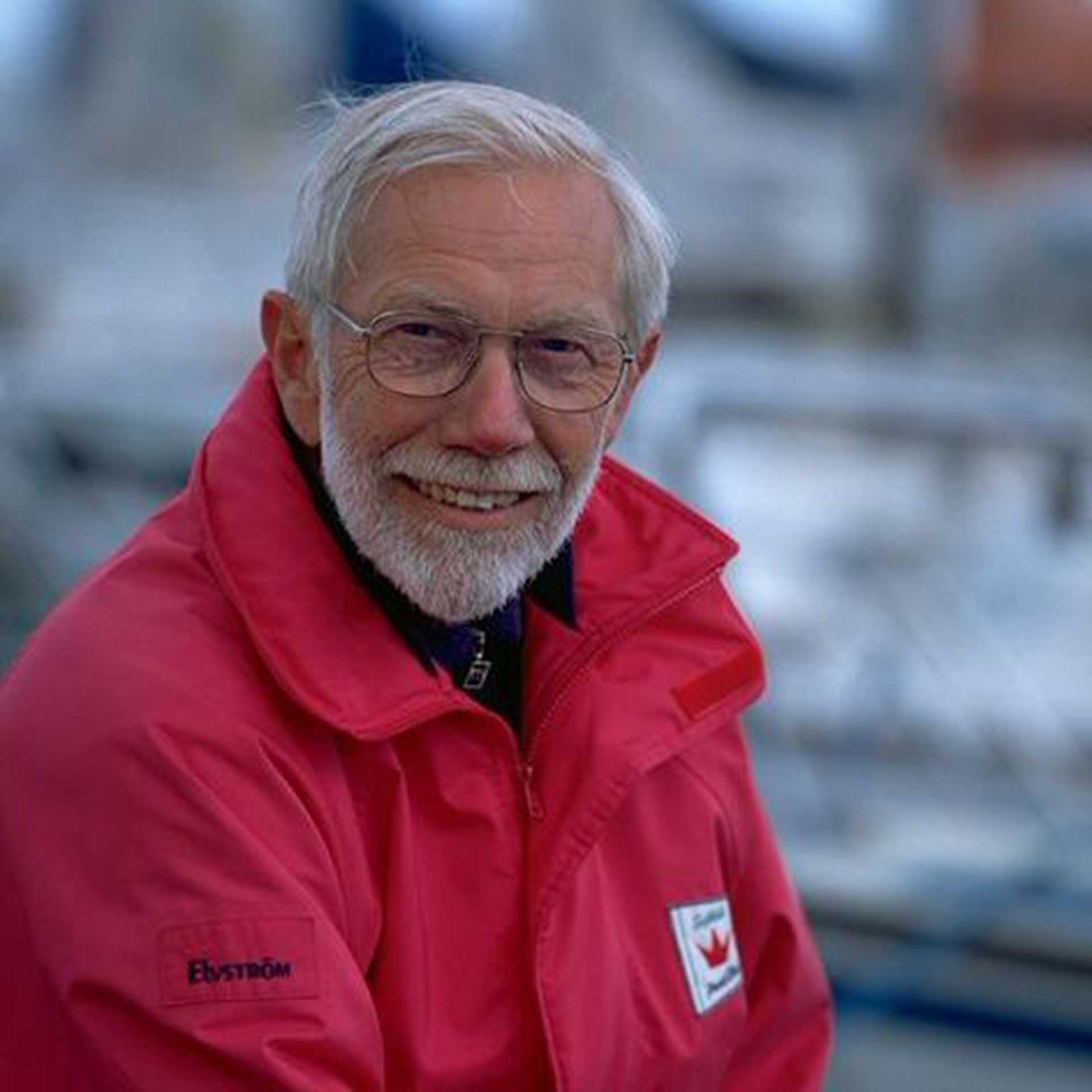 We build sails for