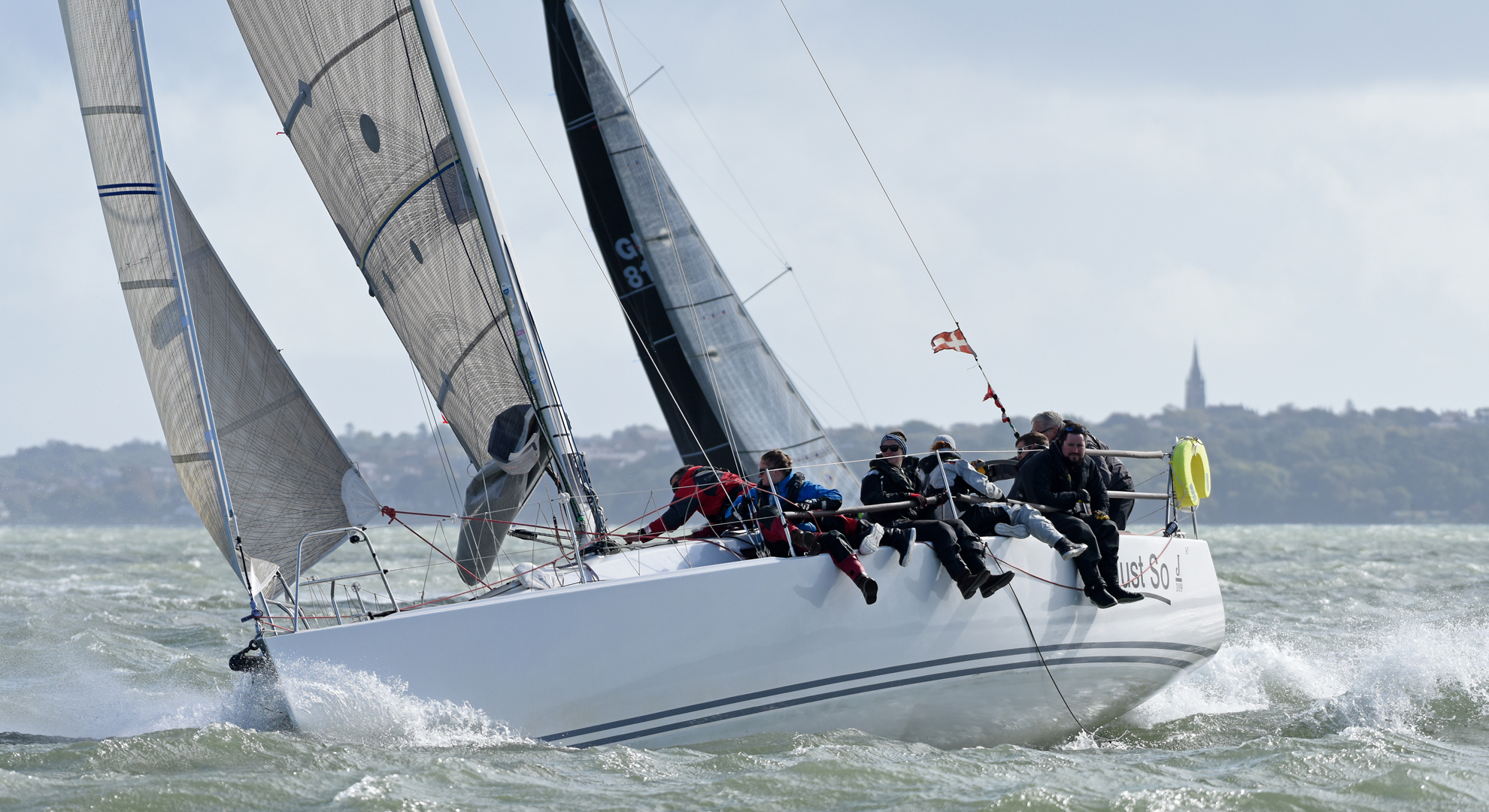 This season is truly unusual. We've talked to one of our good ambassadors to find out how they cope with the situation. David McGough and his team compete in coastal and offshore racing in the UK with the J-109, Just So as well as a few favoured regattas.

They try each year to compete in as many JOG (Junior Offshore Group) events as practicable as well as some RORC and club events. JOG was established in 1950 to enable smaller yachts to compete offshore and is very active in organizing highly competitive races for IRC rated yachts.

The absolute highlight of the Just So Team was the year 2015, where they, as an amateur non-professional team competed in the Fastnet race as one of 350 boats.

“We finished 8th overall, the first J-109 out of 23, the second British boat. And, I believe we were the first amateur boat. I can’t describe the feeling when we crossed the line at Plymouth. Not only all safe and sound, but with a result I had not dreamed of. With not a single professional on the boat!”.

Since then the team has added other great achievements to their mutual sailing C.V.  David´s son William and team member Christian Jeffery won the Morgan Cup overall, class 3 and two-handed in their qualifying programme for the Fastnet last year, 2019.

Just now seems a good time to take the temperature of the team spirit.

As David initially says, “given the unusual time, the loss of life and suffering, not sailing seems like a small inconvenience. But that being said, we do need to keep up our spirits and keep the team motivated”.

“We as a team really look forward to the race season. This is our 14th year with Just So. Most of the racing on Just So is fully crewed, offshore, coastal and regattas. We have 3 new Elvstrøm sails in the garage which have never been tried and we have a stay sail from last year which we need to explore and see how to get the best from it. Hopefully we will be able to practice with the new sails and learn to use the stay sail this year in preparation for next season.”

Right now, it´s difficult to predict how and when the racing season will pick up in the UK.

“I think we will see some two-handed racing this year, but with limited race officer and club support owing to the social distancing rules. It could be based on taking your own start time and finish time and texting them in; a start line with a boat on each end with one person or two if from the same household. It is likely these will be more Corinthian* and relaxed. I expect members of the same club may organise informal practice exercises to keep their hand in.

When we will be able to race fully crewed is uncertain, but we need to try to keep our skills up however we can, even if it is practising in small groups where we can comply with the rules as they evolve.”

*The new alternate definition of "yachtsman" as an amateur ("Corinthian") developed in Britain in the mid-nineteenth century and caught on in America. New Corinthian yacht clubs had fleets of small boats, and the rules required that they be raced only by Corinthian sailors who did all the work, had all the fun, and were paid not a nickel.
Source: SCUTTLEBUTT Issue #3338 May 9, 2011

David continues; “A lot of the Just So crew are engaged in virtual regatta racing amongst themselves and through JOG which has kept spirits up. We also have a crew Zoom meeting every two weeks which usually includes a quiz with a range of topics including sailing related questions such as lights recognition, rules, navigation, light houses etc. It is all light-hearted. There are also online seminars and talks to improve your knowledge.

I personally keep fit by cycling and the rest of the crew do a variety of things, but I expect if we had to comply with a Class weigh in at the moment, we may not make the limit after lockdown!”

“Our focus is trying to keep our skills up, work with the new and recent sails and sail as a team when it is permitted, preparing as best we can for next year when hopefully William and Christian will be able to complete the Fastnet race two handed and we can have a full programme of offshore, inshore and regatta racing.

It has been very helpful working with Jeremy White from the Elvstrøm Sails UK loft. He is a proper sail maker and understands what our needs are and how to deliver performance. The suit of sails has evolved over the years, the light to medium jib delivered last year being an example of a sail for offshore racing in light to medium conditions, but made with carbon so that it is forgiving when you are short-handed and trying to change sails in a building breeze. That has given us great pointing ability and strength with a small weight compromise.”

“This year and last year we have optimised the sail-plan for winning both Two-Handed and fully crewed, but it won’t happen this year. Next year is the Fastnet again and I would be thrilled to see William and Christian go all the way in the two-handed class, which is now a really hot fleet as they will be racing against Olympic hopefuls”, Jeremy White from Elvstrøm Sails sums up.

Team Elvstrøm Sails wish Just So fair winds. Stay fit and healthy and thanks for sharing your thoughts.

Note: Since drafting this, JOG has announced plans for a Solent day race, with 2 handed or same household crews later this month! That is June 2020!