A Stroke of Luck: When unforeseen events happen on tour 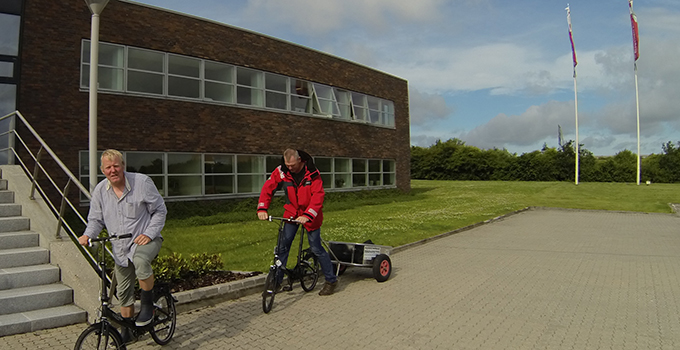 It certainly wasn’t part of the plan, when on Monday 9th July Johnny Kirk and Gert Hulevad from Ishøj, Denmark docked at Aabenraa.

“Port of destination” was to be the Bay of Biscay, Southern France. However, assisted by the wife on the sideline a resolute decision was made, and course set for Aabenraa. Saturday evening a thunderstorm came up around Gedser where Johnny and Gert were with their Bavaria 42 Cruiser. A quick change to waterproof clothes and the damage had happened! “Within a second the thunder shower had damaged the sail, we simply didn’t get the sail down in time. A really annoying slip-up”, Johnny tells while enjoying a cup of coffee in the canteen at Elvstrøm Sails in Aabenraa, recovering after a fresh bicycle ride from the marina to Elvstrøm Sails in the northern part of Aabenraa.

“My wife at home had found out that Elvstrøm Sails opened at 8.00 a.m.. Whether we could just show up and get our sail repaired, we didn’t know. We took the chance”, Johnny says. “Luckily we met Jochen Reimer who immediately investigated the possibilities”, Johnny continues. Later the same day Johnny could continue for his first stop Amsterdam with the EPEX sail he decided on.

“I am very satisfied with the service I got at Elvstrøm Sails. It was fare more than I dared hope for. Jochen presented three possibilities; one hereof the repair of my old sail. I actually bought a finished, but brand new sail, that just needed adjustment, in return we’re off with hardly no delay."

Just a pit-stop on the way

In Amsterdam the trip ends for Gert who like Johnny loves sailing. “I used to sail regattas, but now it is mostly short trips, as my wife isn’t keen on sailing. So I didn’t hesitate when I got the opportunity to join Johnny on his first week to Amsterdam, satisfying the inner man a bit”, Gert tells. He will fly home from Amsterdam and go to Sweden on holiday with his family. Johnny will be looking forward to three months at sea – destination Bay of Biscay, where his family will join him. After a month along the French coast, course will be set for England assisted by various crews, and after a stop in London back to Denmark.
Johnny and his wife dream of doing a circumnavigation.

“Once the children fly the nest and before we might be blessed with grandchildren, we have a period of 5-7 years, in which we should love to sail around the world. Now we will do some test sailing, making shorter trips, before we sell our house and invest in a new boat, says Johnny who would never have thought it possible to go on such a long trip again, after several years at the sea training school. “But my wife evoked my passion for long-distance sailing again”, Johnny continues.

The best of sailing

When asking what the best about sailing is, the two friends answer concurrently; it is relaxing, “there is room for differences of opinion”, and you get fresh wind in your face. Gert almost drank it in with his mother’s milk, so to him it is a way of getting out of the metropolis and get some sunlight in his face.

The visit at Elvstrøm Sails was just a pit stop on their way, and luckily the two gentlemen are soon back on course. Jochen Reimer at Elvstrøm Sails in Aabenraa wishes Johnny and Gert – despite the stupid start – many hours of good sailing with their new sail and fair winds. 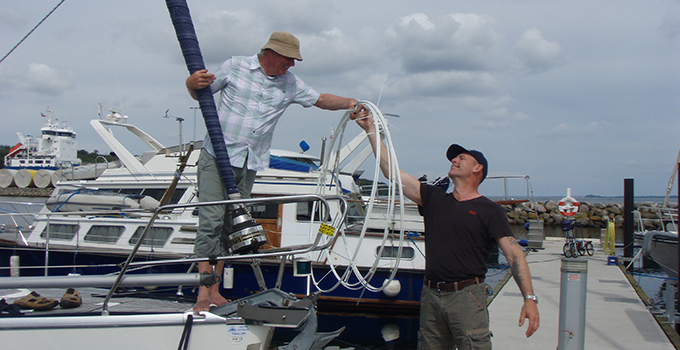