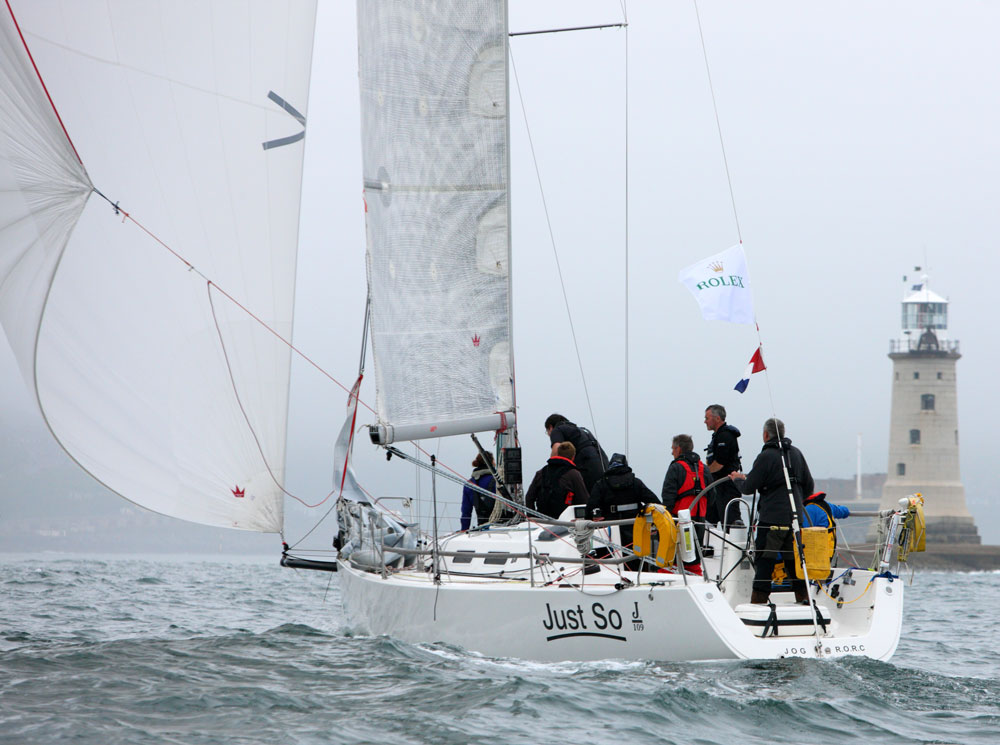 Sailing for David McGough is a family affair. J109 owner and skipper David McGough explains the essentials behind a successful, ongoing and enjoyable racing campaign. David McGough has just completed his 10th year campaigning the J109 Just So, which he bought in March 2007.

The McGough’s goal has always been to enjoy racing the boat as a family. In fact, David feels that is one of the main contributors to their success, commenting “We wanted to build a ‘family and friends’ team who would not shout at each other, or blame each other. But, we also knew we wanted to develop as a team, come away with a positive experience and work our way up the fleet. Overall, we feel we have delivered My son Will calls the tactics and there are times where being told to be more aggressive on the start by your son is interesting!!”

The family consider their biggest success yet has to be the 2015 Fastnet. David was talked into competing by wife Mary and son William, who both participated too. Offshore has always been something they enjoyed and had success at. 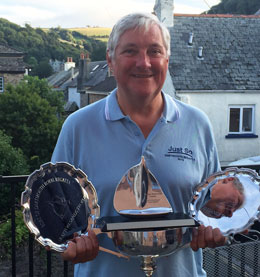 This year the Just So team were the overall winners of Dartmouth Week and won each daily prize, won the Warsash Spring Series and missed winning the Spring Championship by a single point.

David believes there is a clear ‘pyramid’ route to how you can become successful in yacht racing. Boat preparation is a key foundation to this pyramid. It is essential to ensure the boat is well prepared.

In their 10 year campaign David has created a core team of 15 regular crew, plus other occasional crew.  Some of the crew have been sailing together for nine years, which builds fantastic teamwork. This enables the McGough’s to deliver a consistent racing performance, working with 8 people on board. Events will normally include the Warsash Spring Series, JOG coastal and offshore races and various championships or regional regattas.

Just So JOG offshore winner 2014 Elvstrom SailsDavid believes it is important to decide what you are going to do afloat, and then optimise the sail plan for it. With input from Jeremy White (Elvstrom Sails, Hamble), whilst Just So has overlapping jibs for class racing, for the offshore IRC events they have found having non-over lapping headsails gives the right balance and a lower handicap.

“We have had sails from different sail makers. However, when Jeremy took over at Elvstrom he made a significant contribution to our racing performance.  He understands our needs, designing the right shape and he made sure we had the right amount materials in the right place to give the sails their appropriate strength and shape. Our sails have a hard life and we managed a great result on the Fastnet with a mainsail that was three years old. Integrating carbon into the sails was a huge benefit to us too. They have been really robust.

David believes when they get the trim right they are hard to beat upwind in a fleet of J-109’s. He thinks their sails maybe slightly more sensitive to trim than some others, and you have to be ready to make adjustments for any change in conditions and sea state.

Biggest challenges for the crew

Thinking about some of the toughest moments together David comments, “I can think of a few! Overnight to Cherbourg, downwind with the wind increasing to 34 knots with the spinnaker up, boat speed 17 knots, 2.00am, pitch black and the odd broach! We got the spinnaker down and held on!

Underpinning the philosophy of having fun is ensuring the crew all feel they are well looked after and are safe.  Mary McGough knows good food is important and ensures everyone is well fed. The onboard joke during their successful Fastnet was that Just So was the ‘gourmet cruise ship’. Safety is also extremely important. Everyone coming on board, however experienced, has a full safety briefing.  The crew take pride in looking out for each other, especially during those moments when things are going wrong.